What is an MPLS network?

First introduced in 2000, Multiprotocol Label Switching (MPLS) is a data transport protocol enabling highly-efficient network traffic flow between two or more locations. For decades, this has been a primary technology used to build corporate wide area networks. That’s because MPLS provides very high reliability for data transport service. When compared to other “best effort” network access methodologies like broadband (the public internet), a network built with MPLS offers a superior quality of service with 99+% availability and very little packet loss.

This explains why businesses typically use MPLS to carry their high-priority IP traffic across the WAN. MPLS is commonly used to support voice, VoIP, and real-time video conferencing applications that are sensitive to jitter and latency. Additionally, MPLS is matched with other cloud applications that companies may deem critical for their business continuity.

How does MPLS work?

MPLS operates similarly to switches and routers by using packet-forwarding technology and labels to make data-forwarding decisions for IP traffic on a network. The label is imposed between the Layer 2 (data link) and Layer 3 (network) headers and results in excellent quality of service and reliability.

What are the limitations of MPLS?

While MPLS is celebrated as the data transport type offering some of the highest levels of reliability, availability (uptime), and quality of service, there are drawbacks. Its stability comes at a higher per-megabit cost when compared to the cost-efficiencies of public internet connectivity types like broadband. MPLS is also subject to geographical boundaries, because each MPLS link is deployed by the local telecommunications carriers and dependent upon their physical points of presence (PoP).

MPLS vs. SD-WAN: What’s the difference?

When using a software-defined wide area network (SD-WAN), IT leaders have many network access methodologies or connectivity types to choose from, and MPLS is just one of them.

But there is much confusion around this question, which makes it important to untangle some of the semantics and clearly define what SD-WAN is and what it is not.

People compare MPLS and SD-WAN as though they are both connectivity types in an apples-to-apples comparison. But this is incorrect. SD-WAN is not a connectivity type or network access methodology—it’s a hardware device with a unique routing capability.

SD-WAN has become such a popular tool for introducing broadband and public internet links into the network, that people (misguidedly) use the terms “SD-WAN” and “public broadband access” interchangeably. But this is misleading. SD-WAN is not synonymous with public broadband access. Another similar myth is circulating: Some believe “it’s only SD-WAN when you use broadband connectivity or do a ‘pure’ point-to-point solution over internet links.” This is also a fallacy. 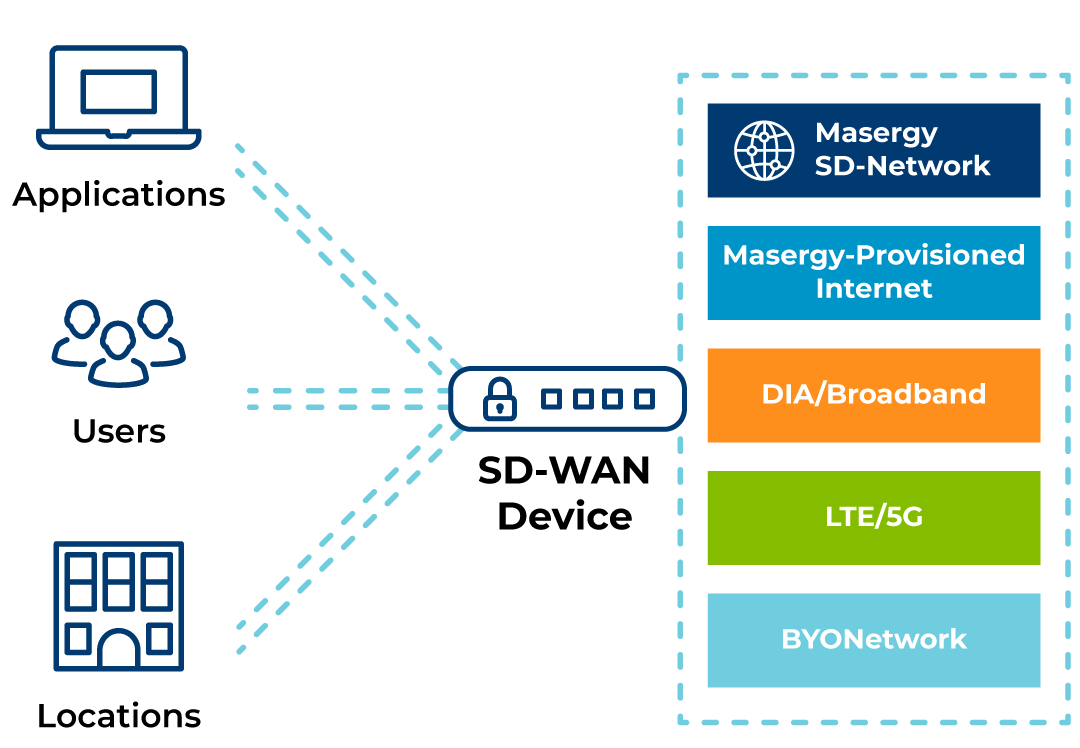 Hybrid networking offers unique advantages. They can leverage the cost efficiencies of broadband and the reliability of MPLS in one strategy, using MPLS at corporate headquarters and data center locations while using inexpensive broadband links with SD-WAN as the primary access methods for smaller or branch offices. Active-active configurations and fast failover ensures IT teams and users both get what they want: lower costs without sacrificing the quality of service or the user experience.

Is MPLS still relevant as a network data transport service?

In the age of the always-on digital business, MPLS is valuable in that it still offers one of the most highly reliable data transport services for critical cloud applications and WAN traffic. Introduced in 2000, MPLS has given the network industry a gold-standard for reliability and availability. In many ways it’s been a long-standing measuring stick for top performance and the comparison for any newcomers like public internet access, i.e. broadband.

When compared to MPLS, private software-defined networks provide equal reliability and are both competing with MPLS and outshining it in some ways. (To understand the difference between MPLS and SD-networks, read the next question.) Thus, SD-networks can be viewed as a threat to MPLS. Nonetheless, many say SD-WAN is MPLS’ biggest challenger. 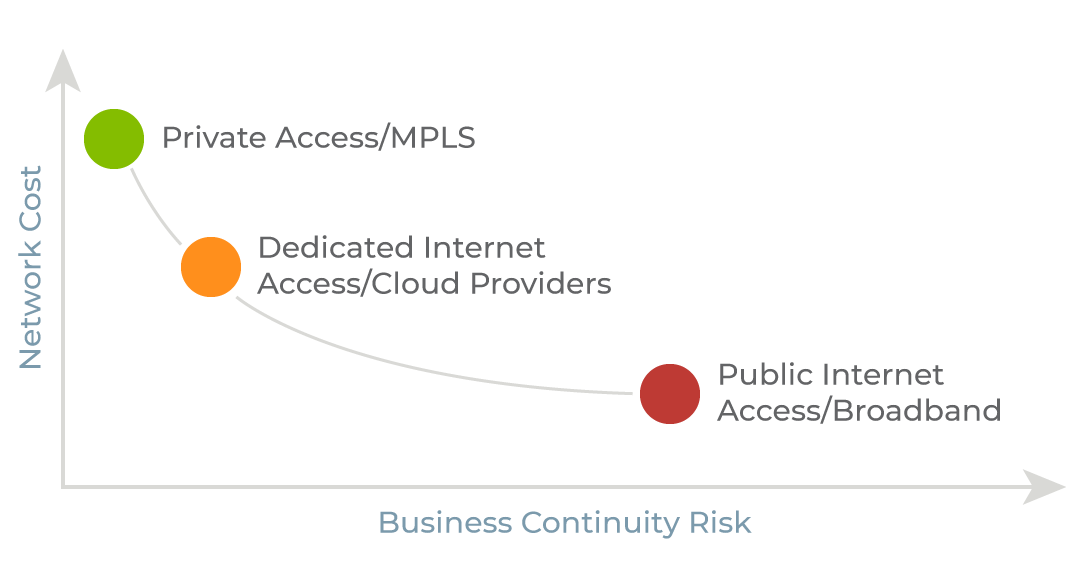 In 2017 and 2018, SD-WAN triggered an industry debate: Is MPLS dead? With the popularity of trading MPLS connections for more cost-effective broadband links, could SD-WAN with “best-effort” broadband replace MPLS for business connectivity?

For comparison, MPLS and the public internet sit on two opposite sides of the spectrum. Where private MPLS and SDN connections with dedicated bandwidth are the most reliable data transfer methods, best-effort broadband and 4G wireless connections delivered by service providers that spread a large amount of bandwidth over multiple locations are the most unreliable. Somewhere in between sits direct internet access (DIA), where a service provider delivers a dedicated amount of public internet bandwidth to a specific location. DIA offers what some might call a “happy medium” in terms of reliability, but it is still considered public connectivity that can’t rival private MPLS.

For these reasons, private connectivity will likely live on for quite a while—whether it is an MPLS or SD-network link. These are still the most reliable and stable data transfer methods available today, making them the best mediums for critical corporate applications, VoIP, and video conferencing applications. As long as enterprises have data centers, headquarters, mission-critical applications, and contact centers to support, private connections will still be relevant.

MPLS vs. SDN: What’s the difference?

Multi-label protocol switching (MPLS) and software-defined networks (SDN) were both designed to achieve the same goal—improve network efficiency and performance. In achieving that goal, each one brings its own unique advantages, and they can be leveraged together to transform the IT environment.

It’s not always a matter of MLPS vs. SDN. For example, MPLS and SDN technologies can work together on a wide area network (WAN) to further optimize the flow of IP data traffic. For example, Masergy’s global network is built on SDN principles and has dedicated circuits using MPLS technology between network nodes. This enables 100% in-sequence packet delivery with less than 1 millisecond of jitter between over 50 points of presence in secure data centers around the world.

Masergy’s solutions use both MPLS and our own software-defined network (SDN) to provide private access for clients. The service can use MPLS technology, and traffic traverses on our private SDN. We can deliver an unlimited number of software-defined virtual private networks (and any of them can use MPLS technology) across a single dedicated circuit to our client locations.

Industry-leading service level agreements and the purity of Masergy’s network infrastructure are key differentiating factors when comparing our service to our competitors.